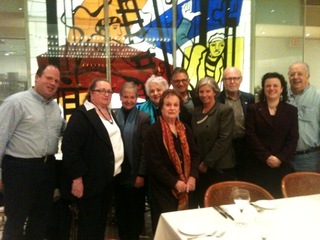 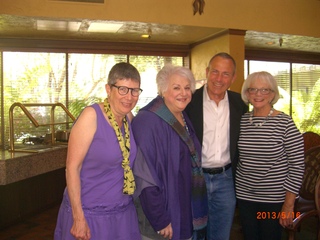 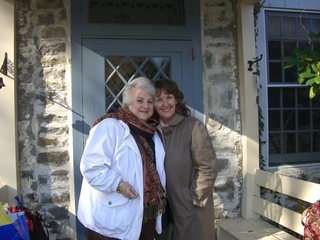 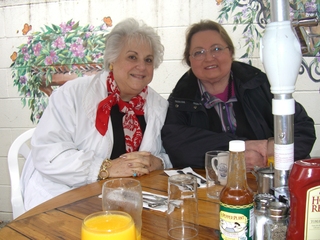 At the East of Eden Writers Conference in California, with Jean Auel, 2009

I wear two hats. One propels me out into the world to do battle for others. The other sits silent on my head in a corner of a room and weaves words. One slept in my heart for decades while the other spun circles over my head, sent chariots to the sun, and reached for the stars.  When I am wearing neither, I knit, or bake, I love, listen, sing or sleep, read, or hug children when they stray close. I am happy and I am sad. I string years into a necklace and wear it proudly. Sometimes I wonder, but most often I put one foot in front of another and advance, leaning into the future and taking comfort from the past. The world is always ancient and always new. The weaving of words makes a pillow for my heart. I will see if I can weave the cloth of life with words.

For more about her authors, Link to JVNLA.com

Jean Naggar established the Jean V. Naggar Literary Agency, Inc. in 1978 in New York City, where she had previously worked as an editor, writer and translator. Her eclectic, broad-ranging taste in fiction and nonfiction has led to many award-winning titles and many best-selling books in the past few years. She is considered an ace strategist by her clients, and has sold a wide range of fiction and nonfiction.
Her list includes the Earth's Children series by Jean M. Auel, the novels of Mary McGarry Morris, Susan Fromberg Schaeffer, Sarah Waters, Nancy Willard, Lily Prior and Ellis Avery, the thrillers of Phillip Margolin, mysteries of Ingrid Parker, Christopher Sansom, Gillian Roberts and Morag Joss, the historical novels of Karleen Koen, Jay Schauer, Donna Cross, David Ball and Judith Merkle Riley, literary narrative nonfiction of Carl Safina (winner of a McArthur award and a Lannan Award), science and philosophy by Robert Pollack and Ed Regis, the poetry of award nominees Linda Pastan and Nancy Willard and the sophisticated self-help of Carol Lindquist and Joe Luciani.
Jean has always looked for writers with an arresting unusual "voice," who work with subject matter that has not been “mined to death.” She has been the keynote speaker and given workshops at many writers' conferences throughout the United States, and her article in the 2000 Guide to Literary Agents has been reprinted many times.

Prior to founding her agency, Jean Naggar worked as a freelance editor. She translated books and articles from French and Italian and wrote book reviews for The New York Times, The Village Voice, and Publishers Weekly. In 1972, she joined Liveright as one of two acquiring senior editors. She is a member of the International Women's Forum, the Women's Media Group, PEN, and the AAR (Association of Authors' Representatives with some 300 member agents). A former president of the AAR, she served on its board for many years and continues to be active in various committees.

Writing from the Heart
I have loved books and the journeys they offer since I was five years old and learned to read.
The desire to write began when I was nine, and it subsequently lay buried under the stuff of life for many years.
When I became a grandmother, I began to allow sealed sections of my own life to creak open, as I thought about my own grandmothers and understood that there was much about them that has become clear to me now that I shape my memories of them with adult eyes. But I also realized that I had so many questions I now knew I needed to ask them, and they are no longer there to answer.
So I began to write about my own childhood for my grandchildren, to answer the questions they may not think to ask.
My memoir grew and spread, and as it grew I felt more and more memories crowding into my consciousness, begging to be re-lived and recorded. I began to allow myself to revel in the joy of writing. I stole time from my busy life as a literary agent and plunged into the intensity of writing. I found that it is one thing to counsel others and quite another to apply to my own work the principles I know so well and see so clearly when I read the work of others.
To my surprise, I am finding that what I learned about the art and craft of creating a book in writing my own is of immeasurable use in my work life of helping others through the birth pangs of theirs.
The experience has been immensely rewarding on so many levels.
I accepted the aspirations of my youth and I am increasingly aware that I need to give them space in my life now.
After much writing, re-writing, polishing, editorial cutting, more cutting, reshaping, and tinkering, SIPPING FROM THE NILE has emerged.
I hope that it will find a readership open to reading about a vanished world seen through a child's eyes, and scattered forever by forces outside her awareness.

April 2012:
I am deeply immersed in the complexities of writing a novel based on a story I have had swirling in my mind for years. After so many years of telling people what I think they should do, it is a revelation and a challenge to see how little I know about writing a novel! I am loving and hating the process, and I hope something real will finally emerge.
I have a completed first draft, and I have a title, which will remain a secret.