Available in Kindle, Brilliance audio and audible as well as print

SIPPING FROM THE NILE views the American Jewish story through an unfamiliar lens. Exploring lost worlds and difficult transitions, exotic locales, strong family values, and the innocence of childhood in a world about to break apart, it is also about an essentially Sephardic experience, and the price and consequences of colonialism in the Middle East.
The Suez crisis of 1956/57 powers this memoir, both personally and historically. A mere footnote to history, these events are little known, but they hold the kernel of the current turbulence in the Middle East. The book's lush descriptions of foods, customs, houses, landscapes, events, and people, add vivid color and dimension to a vanished world. 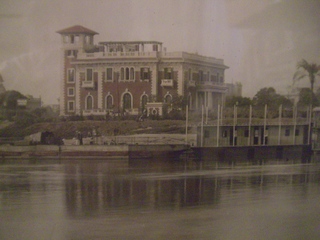 The house my Mosseri grandfather built in Giza, on the borders of the Nile 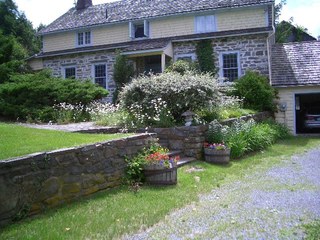 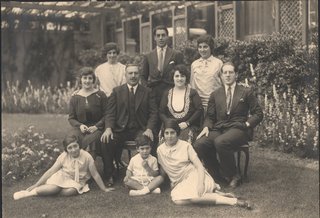 Granny and Grandpa Smouha and their young family

"I can truthfully tell you that hers is one of most stirring and affecting memoirs I have read in years."
Richard Curtis

(this version contains many cuts. For full version, try the Home page.)

SIPPING FROM THE NILE, My Exodus From Egypt
Memoir of a lost world

"I can truthfully tell you that hers is one of most stirring and affecting memoirs I have read in years."
Richard Curtis
(see below for full review )


Childrens Book Council Guest Blog, 2013
How I Got into Publishing

Links to various guest blogs: If you visit, please leave a comment on the blog.

Writers Unblocked Guest Blog Post
What did my Years as an Agent Bring to my Writing
Association of Jewish Libraries Guest Blog Post
Writing a Memoirscroll down the May 24, 2012 archive and you will find it on the bottom of the page
Jewesses with Attitude guest blog Post
Memoir of the Exodus of Cairo's Jewish Daughters

PW Soapbox article: Feb. 27, 2012 Egypt Revisited
I think of my Egypt, gone forever, and I realize that somehow the present always hides its seeds in the past

Click here to purchase SIPPING FROM THE NILE
Sipping From The Nile is available in print editions, for Kindle, Brilliance Audio CD, and Audible download

From US REVIEW OF BOOKS:
"An intriguing look at a way of life that no longer exists. Glamorous, exciting, filled with the sophisticated life of a Jewish family living in Europe and the Middle East, Naggar documents times of elegant lifestyles, to the tumultuous struggles of war. The book is beautifully written, with vivid descriptions of homes, meals, glamorous clothing and social events while living in Egypt, later on in England, and finally in New York City. The history of this extended family is a most interesting look at a loving, religious, educated culture. And like every family, there is passionate love and loss, but always there is the undercurrent of delight and an indomitable will to do more than just survive.


From THE OREGONIAN, Jeff Baker, Book Editor
“A fascinating look at a forgotten world . . . lovingly re-created . . . opens a window into a time and place little-known to contemporary readers. Naggar's memoir will interest anyone curious about Egypt and the Middle East in the decade before and after World War II.”


From CHRONOGRAM MAGAZINE
“Prose as densely woven and vivid as an oriental carpet.”


“A classic, coming of age story, and it stacks up with the best.”
Jane Isay, author of Walking on Eggshells

“A moving and beautifully written account of how one smart, resilient outsider made her own way.”
Susan Isaacs, author of Compromising Positions

"A beautifully written book that reads more like a novel . . . brings to life the unique community brutally destroyed in 1956 by the Suez crisis.”
Naomi Ragen, author of The Saturday Wife

“An intimate portrait of a large, closely-knit Jewish family in Egypt when that country was the cosmopolitan El Dorado of the Middle East.”
Claudia Roden, author of The Book of Jewish Food

“Funny, powerfully descriptive, able to recreate a setting or a character in a few precisely chosen details . . . this is a memoir and a historical record unlike any other.”
Paul Preuss, author of Broken Symmetries

“The most incisive picture of Egypt since the Laurence Durell books.”
Marilyn Baer

“The book has turned me into a purposefully slow reader, lingering over descriptions of unimagined foods and fabrics and scents while I dive into the complex tapestry that protected and enveloped young Jean.”
Judy Markey, author of The Daddy Clock,

“A celebration of life, a song of courage and hope, an example of the true meaning and power of family. I loved it.”
Linda L. Shuler, author of Let the Drum Speak

"In the 1930s, more than 3000 years after Moses led an enslaved Jewish population out of the land of Egypt, a small but thriving Sephardic Jewish community flourished in Cairo and Alexandria. Some settled there from the Middle East, others from Europe, particularly Spain and Portugal after the expulsion of the Jews in the 15th century.
They had become affluent and influential through finance and trade. Though devotedly clinging to their Sephardic customs and practices, by the middle of the 20th century they were well integrated into the public life of their host country, contributing to the common weal and even underwriting many significant civic works and public services. They did not flaunt their faith, indeed most of them thought of themselves as Egyptian citizens who also happened to be Jewish, not unlike German Jews in the early 1930s.
Indeed, the fates of the German and Egyptian Jews of that era are strikingly parallel. Reading Jean Naggar's recently published memoir, Sipping from the Nile, I thought of Lion Feuchtwanger's The Oppermanns, a wrenching tale of a well-to-do Berlin family of Jewish furniture merchants who in 1932 and '33 were subtly but inexorably sucked into the maelstrom of Nazi antisemitism until it ruined and destroyed them. Naggar's book is a series of snapshots -- literally, for it is illustrated with wonderful photos of her family and home -- of a robust and bountiful Jewish society just before, during, and after its destruction and the dispersion of its citizenry.
The author, born in 1937, was raised in a luxurious home built in Cairo by her grandfather. There she enjoyed a carefree, almost fairy-tale upbringing amidst a large, distinguished, prosperous and tightly knit clan. Sipping from the Nile lyrically evokes the sensual beauty of the place -- the shimmering sun-drenched atmosphere, the weight of Nile history and culture extending back to the dawn of civilization, the aromas and textures, colors and clamor of an exotic land. In this lush and magical milieu her family and other members of Cairo's and Alexandria's Sephardic enclaves were not merely tolerated but honored.
The young girl experienced what Sybil Steinberg described as "a privileged childhood in a halcyon time," pampered by loving parents, grandparents, "aunties" and servants. The splendors of an elegant mansion and well-tended gardens saturated her senses. She was sent off to the best schools, and to escape the withering heat of high summer her family traveled to luxurious watering spots in Europe. They surrounded themselves with influential men and women in politics, business and the arts. In short, she wanted for nothing. Her parents managed to shelter her from the conflagration consuming Europe so that it did not deeply penetrate her innocence and cheerful spirits, not even when it almost lapped up on Egypt's doorstep in the battle for North Africa. Reports of concentration camps and extermination of Jews circulated in her home, yet she was insulated from the worst news of horror and atrocity.
But grand forces were at play in this part of the world, and in time they pressed ever harder on the day to day life of her family and neighbors. The creation of a Jewish homeland in Palestine in 1948 and the military triumph of the newly formed state of Israel over the Arab League (including Egypt) isolated the Jewish residents of Cairo and Alexandria, and their continued presence was a knuckle rubbed in the eyes of their neighbors. Yet they might have survived this setback had not a second and this time fatal blow made life in Egypt intolerable. Egyptian President Gamal Abdul Nasser, riding a wave of anticolonial fury, nationalized the Suez Canal, unleashing a frenzy of rage against the Jews who had lived in peace with their neighbors for hundreds of years.
Naggar's account of her family's hasty and perilous escape and subsequent exile from their homeland is almost unbearably poignant. Unlike their forefathers whose Exodus was assisted by wonders and miracles -- the mighty hand and outstretched arm of God, as the Bible declares -- the author's family escaped by its wits, assisted by the good will built up with servants and neighbors. But that is small consolation: an ancient and vibrant community of some 40,000 was all but obliterated.
The family's spirits were not, however.

And now for a personal postscript. Jean Naggar, a leading literary agent, has been a close colleague of mine for many years, and she and her husband Serge (who occupies a warm and wonderful place in her memoir) have dined with my wife and me on a number of occasions. Yet, until I read her book, I knew absolutely nothing of her remarkable upbringing or the extraordinary world she has depicted so beautifully and tenderly. I was completely astonished by these revelations and have to wonder how one can know another person professionally without so much as a clue about her personal history. Which leads me to reflect, how many so-called close acquaintances do we know whom we actually do not know at all?
When I learned she had published a book I purchased a copy from Amazon.com and consumed it in two days during jury duty while waiting to be empaneled. The more I read the more I hoped I would not be wrenched from my growing absorption in the bygone world of Jean's youth.
It is important to state that I have written this review unsolicited and unknown to her, so that I can truthfully tell you that hers is one of most stirring and affecting memoirs I have read in years.
Richard Curtis