Tags: writing, novel, characters, NILE
A year ago, I plunged into my novel and stopped writing my monthly blogs, wanting to channel all the energy of my creativity toward the one goal that beckoned enticingly from the shadows. Now winter has passed, an astoundingly mild winter, but one that seems reluctant to cede its place to spring. Clouds race across the sky, propelled by an unseasonal wind. Storms and hail batter the middle of the country. Here we are, in May 2016, and the chill in the air still makes the crocuses and daffodils shiver along with the rest of us.
I spent a year of writing and thinking about writing. My novel is done, except for responding to advice from agent and editor. I have neither. I am stranded in the nether world of doubt and despair from which I rescued other writers for years. Who will love my brain-child? Who will make it all real? I wait. Answers will eventually come. They may not be the answers I so desire. I am not a patient person I discover, although I always thought I was.
I set out to write that novel, clear about where it would begin and where it would end. I knew the beginning. I knew how it ended. I was fuzzy, but hopeful that I would be able to sharpen focus on everything that needed to happen in between. What I had not anticipated was the way certain characters, just a name at first, struggled and elbowed their way to importance, and in doing so, unfurled infinite possibilities, influenced interaction with others, tilted the story differently and through their motivations and individual needs skewed the involvement with their environment and world events their way. I felt myself being dragged along to unpremeditated scenarios by the energy the characters themselves projected. It was a mind-blowing experience.
Now, like so many other writers of first novels, I sit on hot coals, pretending to do and say all that is expected of me in my real world, while the world and characters I created bang on the door of my consciousness, demanding to know what will happen next. The novel (tentative title, CHILDREN OF THE NILE), is finished, but not final, as I wait for responses.
This the mere beginning. But what of the people whose lives I explored, whose lives I lived as I wrote them? They became more real to me than flesh and blood. We lived together for so many months, shared Eureka moments, struggled against each other, flew above the clouds into the zone together and emerged dazed but triumphant to read words that wrote themselves, words I loved, and was unaware of having written.
Now there is only the pain of waiting.

Hi Jean,
I believe we are related as Rosa Ades was my Great Grandfathers Sister,his name Ibrahim Albert Ades. I have recently found this connection while speaking to my father, Salomon Levy (mother Yvonne ADES) who has a vivid recollection of Rosa and Joseph. Ellis he knew in London before immigrating to Australia. I have just ordered your book. Wanting further information on Rosa and her family, also can provide stories from my dad who remember them well.

WHY I WROTE A MEMOIR FIRST 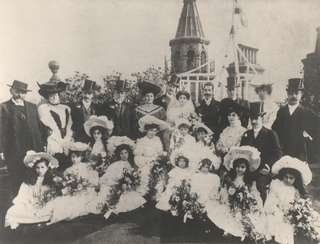 Wedding of Joseph Smouha and Rosa Ades in Manchester, England

Writing my memoir, The catalyst that started the process of writing my memoir came zooming out of left field soon after the births of my first grandchildren. I realized then, that while they held the key to the future, I held the key to their past. They were entitled to find it, if they ever went seeking. The community and the world I had known as a child before the Suez crisis of 1956 had completely disappeared. It seemed increasingly important to write it back into being, to preserve the vibrant personalities and idiosyncrasies of beloved family members, along with the rich and complicated world in which they flourished.
I never meant to share my reflections with the world. I wrote for my family, in an attempt to make sense of it all, to seek out the vanished past that left its faint footprint in the present. But as I began to open locked doors and allow the past back in, more and more memories, more scenes, more scents and sounds of a lost world swelled into being and jostled in my mind for attention. There was a profound satisfaction in feeling that I was rendering homage to those who came before me, and laying a path for those in search of themselves to follow. I began to see myself as a mere fragment in time, the sum of choices made by unknown ancestors, in a distant past.
Each memoir is both unique, and universal. I learned that each personal memoir holds truths and commonalities way beyond those experienced by the writer. Every life, whatever the circumstances, turns out to be a universal tale of reversals and transformations, shaped by the storms of politics, economics, wars, and losses; the prism through which each tale is viewed is what bends the experience into widely differing shapes for each individual.
In striving to make sense of our own lives, we are drawn to read about the lives of others. Whether those lives mirror our own or offer a taste of exotica or trauma we have not shared, we enter them for a brief time, taking pleasure or pain in the sharing, and always finding a common humanity.

WHEN THE WORLD TILTS

Tags: NILE, snow, poem, February, future
I have always disliked February. There is something about the way the name looks, the way the letters are arranged on the page that inspires negative vibes in me. Of course, the predictably miserable February weather may have something to do with it. Perched uneasily somewhere between glamorous December and the promise of spring in April, February drags its dreary way from day to day, its only cheer carried in the fact that it is fractionally shorter than its neighbors. It hardly begins before I long for it to end.
I write this as I try to adjust the tilt of my world. It has left me sadly off balance, but with every day that passes I feel an adjustment taking place. It will never go back to what it was before, but once February and this year's relentless snows leave us in peace, I think I will see a wider horizon. So while I wait for that, here is a poem I wrote in 1957, when the world I knew tilted for the first time, and I tried to capture it with words as it cast me into my future:

Somewhere a dog flings his shaggy voice at the moon
And stars fight to prick his eyes with light.
Full-bodied, the river writhes past banks
Thick with memories of famine and quenching flood.
Neon lights switch off...on...off...on... in neat sterility,
And light falls, scattering confusion
Into the dark grumbling of the waters.
Mosques wave graceful fingers at the air
Side by side with the blunt bull-necks
Of the chimneys of factories.
Mud villages crouch in the mother-mud of the river
Greedily sucking of its vitality,
For beyond it heaves the cold breathing of the dead dust.

Dawn rapidly laps night from the saucer of the sky
While the river surges on, roiling and grey.
Towns sprawl beside it in ungainly puddles,
Parasites clinging to its generous limbs.
Strips of sudden green straggle between
The tumbled humps of native villages.
Sun glares over the desert as morning comes
And men gush out of the river banks from a million sprawling wounds
And in the fat importance of the day
Spit in the river,
Crawling about their lives, each his own small world,
While the river, drugged with fertility
Forgives them all.

Ahh February in its grey cloak that wraps around us somehow inspires such writings as yours. Such lovely poetry, as well. Yet for those of us born in the month we see a lovely lavender lining to the grey cloak....and a month that speaks of love through all the grey. As always love your blog and the thoughts it prompts.

Thank you for following my posts, for your visit and kind words. My daughter-in-law (who also has a February birthday) agrees with you, so I can only assume that this experience transforms the month and sprinkles blossoms into it!
Glad you liked the poem. I was 19 when I wrote it.

Stunning, brilliant site design! To what extent have you been blogging for? you made blogging look simple. The general look of your site is magnificent, and additionally the substance!. Much obliged For Your article.Writer @ https://rospher.com/

The last Seder in Egypt

The preparations for Passover went on for days as they had done for years in our large echoing house in Cairo. Carpets were marched out to the lawn outside the dining room window and beaten with flat bamboo beaters to eliminate the last crumb. My aunt Helen wielded her cane and her stentorian tones, berated the butcher, raided the store cupboard to make our traditional family haroseth, pounding nuts relentlessly into powder with mortar and pestle. We scoured our upstairs nursery rooms, emptying every closet, dusting every book and toy, knowing our rooms would have to pass our mother's eagle-eyed inspection. Read More
Be the first to comment