FOOTPRINTS ON THE HEART 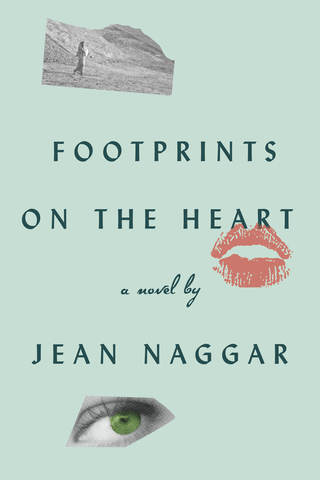 My first novel, Footprints On The Heart, has flown out of my reach, winging its way out into the world on wings of the internet to reach out and touch strangers in ways I cannot imagine. It's a little like sending a child off to school for the first time. Will others see the wonder and appeal of this brainchild of mine? Will they read past the first few words and have heated opinions about the characters and the way they behave? Will my readers want to read to the end? Will they laugh and cry where I intended that they should? Will they tell friends to read it and recommend it to their bookclubs, will they feel that the characters will always be present in their hearts, or will they shelve the novel with a sigh and never look at it again.
So many questions and no answers. Just a pulsating silence around my novel's publication.

When I was nine years old I decided that I would become a writer one day. I was a big fan of Enid Blyton. I was a voracious reader who galloped eagerly through any novel that came my way. Taking the bull by the horns, I actually wrote to Enid Blyton and sent her a story for her magazine, Sunny Stories. She wrote back to say that Sunny Stories had ceased to be, but that I should keep writing. I took this to be a message from the gods, and I promised myself that I would keep writing. I could not imagine a life without the stories that glowed in my imagination and filled my dreams.
When I grew up and became a responsible adult, I realized that a paying job was next on the agenda. I was fortunate enough to be able to make books my life-work, books I loved, books written by others I admired, books I was able to help out into the world. And those books filled my dreams and my imagination. And I still knew deep down that one day I would become a writer.
Time passed, and I became a grandmother. I felt impelled to start writing about my unusual childhood growing up in Egypt, to reach out to my grandchildren and give them a piece of their past that they would never be able to imagine if I didn't write about it for them. I wrote in the corners of my life, stealing time, until, with time, I actually had a book, and my memoir, Sipping From the Nile, My Exodus from Egypt, was born.

To my surprise, I had become a writer. But my first love had always been fiction. I wanted to share a story with the world. I  wanted my words to sing all the songs I would never sing, and touch the hearts of people I would never know, and live on well after I left this world.
So I am at last who I was always meant to be. At 81 years old, I have published my first novel. I am sharing thoughts and words that matter to me through the lives of characters as real to me as the living people in my life. I know their innermost hearts. I know who they are. Their story is out in the world.
And there is another story waiting in the wings, if I am given time to write it. The characters are already knocking at the door, asking to be released.

How wonderful that you are releasing the to the world, Jean. It's a pleasure to hear from you and I will surely get myself a copy and enjoy reading it!

Hi just wanted to leave an appreciation comment, as I was looking for some cool honyemoon ideas and stuff to read. Really enjoyed reading this genre of your blog. Keep up the good work. Thanks will look forward for more. honeymoon tour packages honeymoon packages in india