Message across the Decades 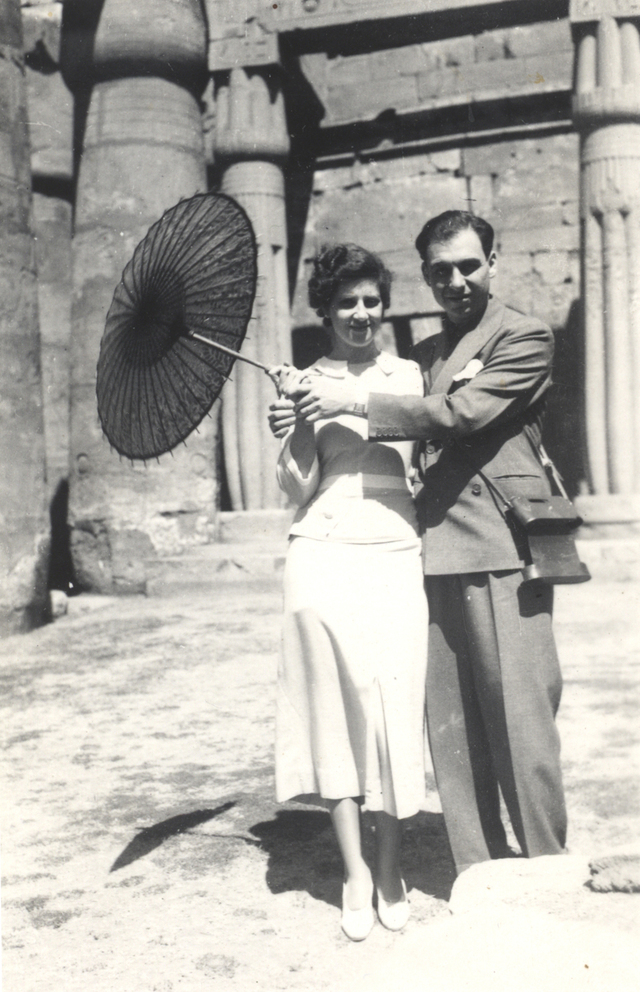 Joyce and Guido Mosseri on their honeymoon in Aswan, Egypt

My parents, Joyce Smouha and Guido Mosseri, were married in Alexandria, Egypt, on February 21, 1937. They were both readers, and I remember that they had a cupboard in their little sitting room in the big house where I grew up, where they kept the special books they loved, and over time shared with their children. One of those books was BUSMAN'S HONEYMOON, by Dorothy Sayers.
Time passed, and the Suez crisis of 1956 saw a dramatic change in the fortunes of the Jews from Egypt. Those with Egyptian passports were expelled immediately, forced to surrender their passports and claim to Egyptian citizenship. Those with foreign passports left too, but somewhat less precipitously. Of 80,000 Jews in Egypt, within a year or two, most had left. Only an aging handful remain, intent on staying out of the public eye.
We were among the more fortunate. We had Italian passports, and in 1957, we left our home and Egypt forever. My aunts settled in Rome. My parents in Geneva Switzerland, until my mother joined my brother and myself in New York after the death of our father in 1969. Books and possessions followed my mother to New York, some broken, some lost, in this new transition.
Imagine my wonder and amazement when I received a message from a publishing colleague with whom I had long lost touch. He had seen my Facebook post that my memoir, Sipping From The Nile, was in a promotion for 99c. on Amazon, for the entire month of May.
"Were your parents Joyce and Guido Mosseri?" He asked. And then went on to tell me that his copy of Dorothy Sayers' novel, BUSMAN'S HONEYMOON, bore an inscription to them, from gift-givers unknown to me, in Alexandria, dated February 21, 1937, their wedding day. He sent me a photo of the inscription, and I saw my mother's distinctive handwriting.

If only books could talk!

Way beyond the call of duty, the kind publishing colleague has sent me the book. I will treasure it.

So there is a message here, but I can't quite decipher the code. Except, perhaps, that the love of books transcends time and place, and that this book has somehow brought together some of the disconnects in my life, blending beginnings and endings.